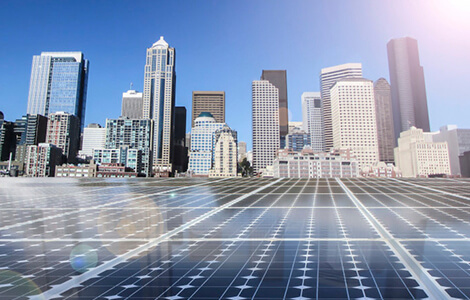 Sometimes, energy companies struggle to innovate their market sectors, and release the ‘same old, same old’. What the market needs is strong, more purposeful designs that not only cost less, but provide a more efficient product.

Here are four wild ideas that could be the start of something new:

A new company from Los Angeles V3Solar made the newspapers last year with its ingenious ‘spin’ on solar. Images showed their deep blue solar cells in a cone which rotated. V3Solar boasted they were going to take solar panels from flat and static 3D and Dynamic. The company also demonstrated how their design, with its spinning mechanism maximised energy production.

Scores of scientists are creating microbes that can artificially photosynthesise by developing systems that chemically convert sunlight, water and CO2 into oxygen and fuel for plants. Unfortunately, photosynthesis has less than a percent efficiency versus 20 percent to 30 percent for regular solar cells, making them unethical for any means of mass produced energy. The risks with artificial plants and microbes are also quite high because a disease or fungus could wipe everything out.

Could solar necklaces be the next trend? Designers have been incorporating solar cells into purses, necklaces, jackets and mini-skirts. Although this technology has the ability to do more than just ‘look good’ with its sleek, dark lines it seems the technology this time is more high fashion than high function.

A couple have designed an ingenious way to cut the worlds green-house gasses by up to 75%. They have created little hexagonal pieces that fit into a structure on the roads that produce solar energy. In addition to this, the solar panels can melt away snow and ice and display warning messages or traffic lines with LED lights. If solar roads were adopted throughout America it would provide up to three times more energy than already being produced.

Could this change the world? Watch the video and you decide.